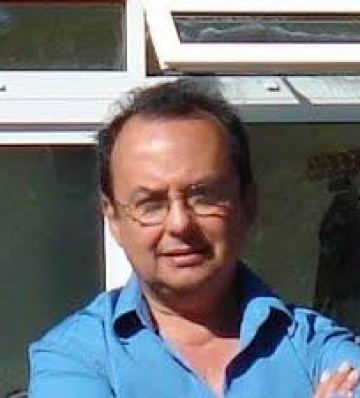 She – and I remember as if it were yesterday – did not like to have her nails done in the morning. She preferred to have them painted in the afternoon, because in the morning, besides the flock of children, there was always a lot to do in that house.

The manicurist, however, came early as she was all booked up in the afternoon (after all, it was not her day). Sebastiana – Sabá Vintém, the manicurist was a black woman from Barbados, rather well-known in Manaus; she served all the society ladies with her impeccable work – she painted little flowers on the nails of the ladies and little hearts for the girls. Thanks to her contacts, Sabá herself was a force to be reckoned with. She knew all the scandals of the city, the intimate lives of all the families and because of this Sabá Vintém was the municipal megaphone: lovers, abortions, hidden pregnancies - she had a special knack for finding out everything, then discretely she added up fragments of overheard conversations in various houses, sewed and fit them together, like an attentive police detective. She became valuable to the ladies of the house who let her talk at the price of a good tip; passing herself off as a silly woman, she made herself a confidante of all of them without irritating anyone. She made whomever her present client was think that she was preferred and it was just to her that she confided what she knew.

So, Sabá had no free time during the week. She became prosperous with age. She had lunch and dinner in the houses of ladies while amassing money for decades.

Yes - she did not like to have her nails done in the morning. Dona Maria de Abreu e Souza, young and pretty still, as I knew her, beautiful, elegant, lived on the Rua Barroso in a house whose backyard looked out on the Aterro Bayou. That evening, Dona Maria was going to a birthday party and sent a black boy to summon Sabá to repair her nail polish and had already made an appointment at Mezzodi, the fashionable hair salon at the time.

That was when there was a knock at the door.

In those days the Amazon had changed. The recession was great, but in Rio Branco there were 250,000 head of cattle, between thickets of fanwort, waterlilies and grasses - wealth luxuriating among marshes and swamps.

No servant was near. It was Dona Mariazinha herself who, solemnly rising from her chair, went to see who was at the door.

“Good day, madame,” said a badly dressed caboclo, linen trousers, stiffly starched rough cotton shirt, straw hat on his head with his hand wrapped around a wooden travel bag. The man took off his hat to speak to her.

“Do you know where Seu Juca das Neves lives?”

When Dona Maria saw him she stiffened but became courteous in her reply as that was how she treated those who were beneath her station.

“Next door,” she said and returned sitting in front of the black woman, Sebastiana Vintém.

She was the most refined, elegant and beautiful lady of the day, yes, it is as I, the narrator, am telling you.

And that man was Ribamar (d'Aguirre) de Souza.